Sorry, no sketches in this post. I just post it here to be sure I have posted them all on tumblr…

As mentioned before, the Norse Germanic tribes had also their view on how the world would end, named Ragnarök (loosely meaning ‘destiny of the ruling powers’ or ‘decline of the gods’).

For the sake of this research, I wrote a very brief summary, as I’m only interested in the large course of events:

The Maya have been associated a lot with a Apocalypse myth, as in 2012 rumours appeared that their calender would end and therefore the world with it. Though, these rumours have been largely been ungrounded. The Maya calender is based on baktuns, periods of 144,000 days. Around the 23th of December of 2012, the calendar shifted from the 12th baktun into the 13th baktun. There has been no evidence that this change of age would had apocalyptic effects. (2)

The Aztecs are also not known to have a true Doomsday myth. This is because the Aztec gods are not separated by being ‘good’ and ‘evil’, these concepts didn’t exist in Aztec myth. (3) The closest thing is the story of female skeleton demons called Tzitzimitl descending to earth during a solar eclipse to eat us poor humans. 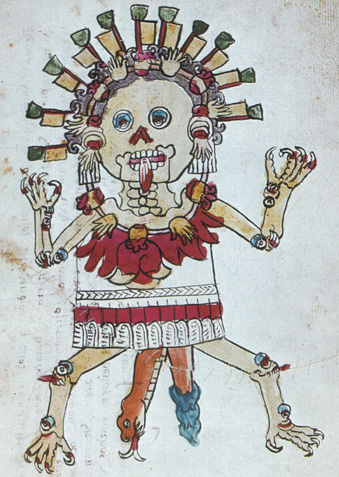 According to Hindu, the world will end when the tenth avatar of Vishnu and Shiva will appear on earth, Kalki. He will appear on a white horse and with a blazing sword (does this sound familiar?).

Within a large system of ages and years, we live in Kali Yuga, the last of four ages that make up the current kalpa. Kali Yuga lasts for 432,000 years and is characterized by decay, deceit and violence. People will live in sin, following false religions and plagues, famines and natural calamities will appear. (4)